Sixty years ago, on 20th July 1954 the steel bib bridge that croses the Danube and ties the Romanian city Giurgiu with the Bulgarian city Ruse, named by the Soviets “The friendship bridge”, was being opened to traffic. This bridge was at that time the biggest combined bridge in Europe, having both roads and railways. In the years 1950-1952 a building was built for the workers that were taking part in the construction of the bridge . The building was used for club and cinema activities and it continued to function as a cultural center for the community in Giurgiu hosting their shows and festivities.

In 1954 through a decision made by the Council of Ministers of Romanian popular Republic the actual building belonging to the Museum of Romanian Border Police has been passed to use to the Ministry of Armed Forces and later when the Command of Border Patrol Troops came back into the structure of the Ministry of Internal Affairs so did the use of the museum building.

The museum building has six exhibition halls and one performance hall that hosts the museum`s permanently collection which is formed by battle flags, the historical border uniform ”De Veghe la Fruntarii”, and an exhibition of the actual uniforms of other European countries, mock-ups of the fluvial ships that belonged to the Border Police, actual weapons and weapons used in both wars, epaulettes, badges, medals, historical journals and a complex painting representing the Battle of Călugăreni.

In the main hall of the museum there is a marble sculpture made by the artist Pavel Mercea representing the bust of Alexandru Ioan Cuza, founder of Modern Romanian Border Police. Here, you can also find the “Moment of the Independence War”, a reconstruction of an important historical moment when a soldier belonging to Batalion 2 Vînători, that captured an ottoman flag during the battle for the conquest of Redout Griviţa I, handed the flag over to king Carol I.

In 2002 the exhibition named ”De Veghe la Fruntarii” having a total of twenty six border uniforms dating from 1806 till present was organized with the financial support of the National Cultural Administration fund. This exhibition continues its display in the next two halls.

The uniform hall is dedicated to ceremonial uniforms from Bulgary, Ukraine, Turkey, Germany, Spain, Austria, France, Italy and Norway. Part of this uniforms came from donations made by military delegations that had visited Giurgiu. The most recent donation of the museum has been received in april 2010 from the Federal Republic of Germany, when liaison officer Michael Lange had offered the new uniform belonging to their border police in the colour blue and parts of the old uniform to the citizens of Giurgiu.

In 2008 the council hall “Mihai Viteazu” was opened to public and the inauguration of the oil painting “Battle of Călugăreni” took place, the painting measuring 650 x 150 cm was made by artists Petra Şerbănescu Tănase and Florian Grofu. It was donated to the Museum by chief commissioner Cristian Fiera, the head of the Border Police Museum. In the same hall you can find a portrayal of Mihai Viteazu made out of moulded glass, donated to the museum by Diocense of Giurgiu through His Grace Ambrozie, Bishop of Giurgiu.

The museum`s weapons hall exhibits a number of fire arms like pistols, automatic and semi-automatic rifles and two didactical assault rifles. The sidearms collection contains swords and daggers from the time period of the Independence War and from the interbelic period.

Dispensed through all the halls you can find the battalion flags collection which contains flags dating from the communist period and other flags that were used by the border military units following the revolution. 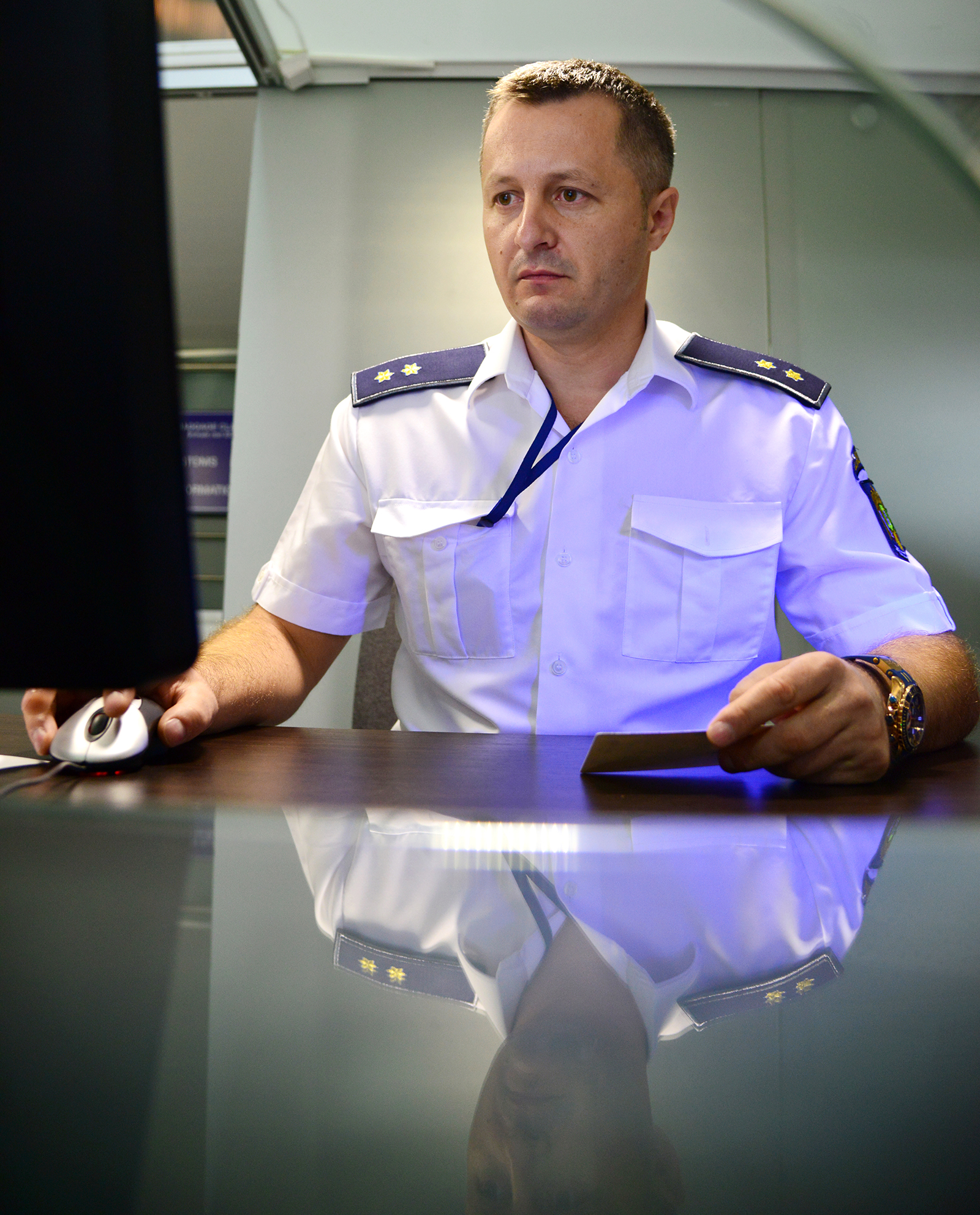