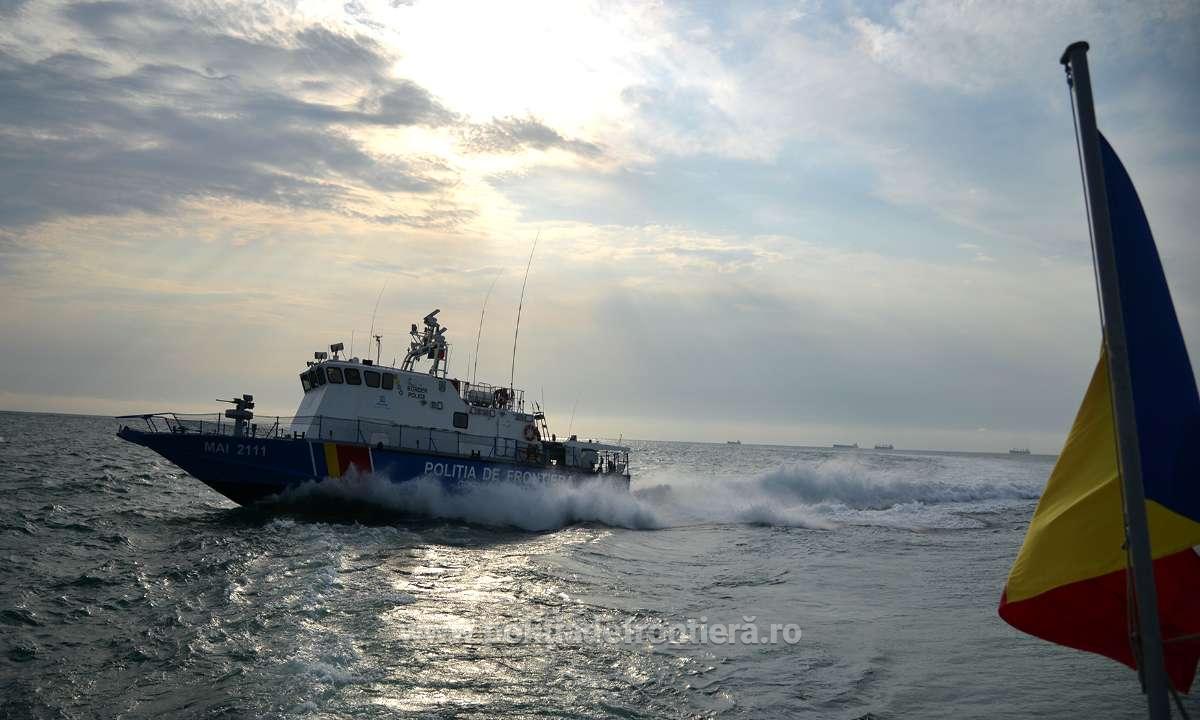 As every year, on August 15, the Romanian Border Police participates, with the ships and boats in their endowment, together with the Romanian Naval Forces in the festive festivities on the occasion of the Romanian Navy Day, which takes place on the Black Sea, as well as in the cities port on the Danube.

This year's events, dedicated to the celebration of 161 years since the establishment of the Romanian Naval Forces, began on 14.08.2021 with an event dedicated to the public "Open Doors Day", an activity held in the ports of Constanta and Mangalia. On this occasion, the Border Police ships and boats - a Shaldag-type maritime intervention ship and two patrol and intervention boats - were visited by tourists.

On 15.08.2021, the border guards from the Coast Guard participated in the activities and demonstration exercises organized at sea with three means of naval mobility. The Border Police sailors took part in the ceremonies of raising the flag and dressing the ship and presented the equipped ships.

In turn, the structures of the Border Police whose duties are the surveillance and control of the border on the water, from the cities of Sulina, Tulcea, Moldova Veche, Călăraşi, Galaţi and Brăila, participated, with river patrol and intervention boats, in the ceremonies organized by the authorities in the port cities of the Danube.

Even if they are far from home, the Romanian Navy Day was also celebrated by the border guards on the maritime surveillance ship “Ştefan cel Mare” of the Border Police, which was seconded to the Mediterranean Sea, within the joint operation Frontex THEMIS 2021, providing support to the Italian authorities in the Crotone operational area.

On the occasion of the Romanian Navy Day, the Border Police management congratulates the border police sailors for their dedication and sends health, hope and joyous moments with family to all those who have dedicated their lives to their career as guards of legality, order and peace at the maritime and river borders.