Inauguration of the Border Police Museum, at its headquarters in Bucharest Today, in the context of the celebration, at European level, of one of the most important cultural events, "The 18th Edition of the Night of Museums", at the headquarters of the General Inspectorate of Border Police took place the public inauguration of the Museum of Border Police. Romanian border.

The event, held in the presence of the Romanian Border Police leadership, and its special guests, prominent cultural personalities, such as Mrs. Felicia Filip, director of the Comic Opera for Children, Mr. Ernest Oberlander Târnoveanu, director of the National Museum of Romanian History, Mr. Emil Pantelimon , manager of the Madrigal Choir. The partners were the National Chamber Choir "Madrigal - Marin Constantin", conductor Cezar Verlan, the Comic Opera for Children (OCC), the International Organization for Migration (IOM), IPA - Region 3 Bucharest and the National Police Corps - GIBP.

The activity was an important moment for the Border Police, which is shown to the public as an institution with a remarkable history, not only in its antiquity - the borders of the country have always been defended by the forerunners of today's border guards, whether they were called border guards or otherwise - but also through the merits of the arms of those who served this institutional body.

On this occasion, artistic moments were organized, presented by the Ciocârlia Ensemble of the Ministry of Internal Affairs, workshops for children and numerous surprises offered by the Children's Comic Opera. The public also enjoyed the modern RBP equipment, having the unique chance to cross imaginary borders and enter magical worlds based on a visa applied to a symbolic passport.

Starting today, the museum will be open to the public, visitors will have the opportunity to admire exhibits from the history of the Border Police, but especially will be able to learn the story of weapons used over time by border guards who guarded the borders of the country, about uniforms and the people who wore them, about the battle flags of the border units and the deeds of bravery they witnessed, about the medals of honor and the glorious merits for which they were awarded.

The organization of a border police museum is, without a doubt, an occasion of pride for every employee of the institution, for belonging to a institution of great tradition, as well as a brick that underlies the organizational culture. Thus, the first visitors were the border guards together with their families, the event being an opportunity to convey to the little ones the respect for history and for the border police weapon.

In this context, interactive activities were organized by IOM (International Organization for Migration) specialists, who offered the public the unique opportunity to talk to immigrants from different countries of the world willing to talk about their experience.

About the history of the Border Police Museum

The RBP Museum presents itself to the public as an institution of tradition and culture that holds indisputable historical testimonies regarding the functioning of the national border defense corps, having the role of consolidating the spiritual and material values of the Border Police.

The Museum of the Romanian Border Police was established in 2002 and operated in a building in Giurgiu. 20 years after its establishment, the museum was relocated to the headquarters of the General Inspectorate of the Border Police in Bucharest.

In one of the halls that can be visited by the public, visitors are greeted by the bust of Prince Alexandru Ioan Cuza, the founder of the modern Border Police, sculpted in marble by the artist Pavel Mercea. The "Border Guard" institution was founded in 1864, when Alexandru Ioan Cuza unified the border structures in Moldavia and Wallachia, by Decree 893 of July 24, 1864, so on July 24, the "Border Police Day" is celebrated.

The weapons on display include pistols,  automatic and semi-automatic rifles and two longitudinal section machine guns, as well as a collection of knives and swords from the War of Independence and the interwar period.

In place of honor is the painting "Battle of Călugăreni", made in oil on canvas, being made by artist Petra Şerbănescu Tănase and artist Florian Grofu, measuring 650x150 cm.

One of the important exhibits is represented by a uniform of a mountain border soldier from 1850 that includes elements of the Romanian folk costume - opinci, tunic, wool socks. As time goes on, it is noticeable that the uniforms of our forerunners keep up with the "fashion" of the times to which they belong.

At the same time, an attempt is being made to reconstruct a moment of the War of Independence, fought between 1877-1878, between two great powers: Russia and Turkey. So Montenegro, Bulgaria and Serbia are occupied by the Ottomans, and Russia decides to stand up to the Turks and start the war. But in order to get to Bulgaria, to Plevna, where a battle is taking place, we have to cross our country (in Plevna there is a museum dedicated to this battle where the Bulgarians pay homage to the Romanians who helped them defend Bulgaria). In order to cross our country, Prince Carol took advantage of this and demanded "independence from the Ottoman Empire." Romania also participated in this battle! It is the moment when Sergeant Ion Grigore, who captured an Ottoman flag on the battlefield, hands it to King Carol (with the tip down, a sign that the Turks have been defeated), and the king decorates it with the "Military Virtue" medal.

The museum also has a collection of vintage and contemporary uniforms, which were worn by soldiers and border guards during the four kings who sat on the throne of our country. To identify the period, visitors can look at the helmets or hats displayed with the sign of King Carol I, Ferdinand I, Carol II and King Mihai I.

Visitors can also view models of patrol and surveillance ships used by sailors from the Romanian Border Police. They have taken part in numerous sea missions, rescuing hundreds of migrants, especially from the Middle East.

The modern Romanian Border Police is based on the history of the border guards who stood out through patriotism, devotion to the country and the institution, verticality and professionalism.

There has been too little talk about those who ensure the surveillance and control of the Romanian border crossing, which is why not many people know the history of border guards and border guards.

Throughout the two millennia of history, the Romanian people have shown uninterrupted concern for the borders of their country, always wanting to keep their entity within the European Continent. 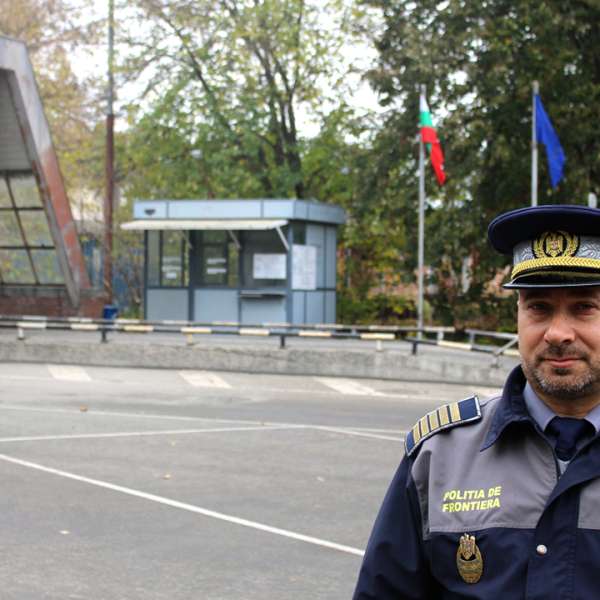