230 vehicles brought to the attention of the authorities in the country and abroad, discovered at the border in 2019

In eleven months of 2019, following the missions carried out at the border crossing points and in the area of competence, the border guards discovered 230 vehicles reported stolen or searched by authorities (185 cars, 24 minibuses, 13 cars, 2 motorcycles and 6 trailers), a value that remains the same with the one recorded in the previous year. Most vehicles were discovered at the border with Hungary, at P.T.F. Petea (Satu Mare county), P.T.F. Nădlac II (Arad County) and P.T.F. Borş (Bihor County). Significant cases were registered at the border with the Republic of Moldova, in P.T.F. Albiţa and P.T.F. Sculeni, as well as the border with Bulgaria. Also, during the reference period, 257 crimes were detected, the persons involved being both Romanian citizens, as well as Bulgarians, Ukrainians, Moldovans, Albanians, Croats, Georgians, French, Greeks, Germans, Lithuanians, Latvians, Poles, Serbs and others. In all situations, according to the legislation, criminal files were drawn up on behalf of those involved, and the vehicles in question were unavailable at the headquarters of the territorial structures of the Border Police, until the case was finalized. As a result of this year's analysis, it was found that the main countries from which the vehicles that came to the attention of the authorities and which were detected by the Romanian borders, came from Germany, Italy, France, the United Kingdom, but also Romania, most of the cars detected being in the category luxury and middle-class cars. In most cases, those who were “behind the wheel” of the respective cars said, during the investigations, that they did not know that the cars were in the attention of the authorities as being stolen, they were only "good faith buyers". Others claimed that they received a sum of money to transport the car to Romania and, as well, they did not know that it was in the attention of the authorities. In order to identify and make available the cars claimed to have been stolen abroad, under the direct supervision of the competent prosecutor's units, border guards have collaborated with similar structures in the EU Member States, carrying out an operational exchange of data and information, through the Points and Contact Centers at the border.

Among the significant cases registered from the beginning of the year to the present, we remind the following:

Porsche Cayenne, worth 100,000 euros, searched by authorities in Italy, discovered at P.T.F. Petea

On October 12th , at the Border Crossing Point Petea, Satu Mare County, a man with dual citizenship, Romanian-Moldovan, BV, aged 23, domiciled in the district of Argeș county, presented himself to enter the country. He was driving a Porsche Cayenne brand, registered in Italy, manufacturing year 2018. At the specific control, the border guards carried out additional checks, after which they found that the aforementioned car is being searched by the Italian authorities. As a result, the car in question, worth about 475,000 lei, was unavailable at the headquarters of the Petea Border Police Sector.

On 26.09.2019, around 07.00, at Border Crossing Point Bors, a Romanian citizen who was at the wheel of a RANGE ROVER Velar branded car, registered in Italy, presented himself to enter the country. At the border control, the Romanian citizen presented the identity documents and a copy of a registration certificate that had the marks of the Italian authorities for the car in question. Following the checks in the databases it was found that the means of transport is listed as "good for confiscation", alert introduced by the authorities of Italy, on 08.09.2019. Compared to the findings, the driver stated that he was asked by a person, whose identity is not known, to bring the car to Romania and did not know that the car was being searched by the authorities.The car, worth 70,000 euros, was unavailable at the inspectorate headquarters until the investigations were completed.

On 04.03.2019, around 01.30, at the Border Crossing Point Calafat - I.T.P.F. Giurgiu, presented to perform the border formalities the Bulgarian citizen M.M., aged 40, at the wheel of a Mercedes-Benz car, model E63 AMG, manufactured in 2018. During the check-in, border guards carried out additional checks on the vehicle in question, after which they found it to be "good for confiscation", an alert introduced by authorities in Germany a few hours before. Compared to the findings, the man said he rented the car from a commercial company and did not know that it was in the attention of the authorities. As a result, the car in question, worth about 500,000 lei, was unavailable at the headquarters of S.T.P.F. Dolj, until the research was completed.

On 09.07.2019, at the Border Crossing Point Giurgiu was presented to carry out border formalities a Romanian citizen who was driving a platform on which was a Tesla car, model X, manufactured in 2016. The driver was accompanied by the Romanian citizen JA, 36 years old. During the control, based on the risk analysis, the border guards carried out additional checks, after which they found that the car transported on the platform appears in the databases as being searched for confiscation, alert introduced by the Norwegian authorities on 27.06.2019. During this time, our workers noticed, near the point, standing on the roadside, another Tesla car, model S. Suspicious about it, the border guards legitimized the driver of the car , identified as the Romanian citizen FF, 39-year-old, who said he was waiting for a platform to transport the car to Bulgaria. And this time, the border guards checked the respective car in the databases and contacted the Norwegian authorities who informed us that the car belongs to a leasing company in Norway, issuing an alert as good for confiscation, on that day. Compared to the findings, the Romanian citizens stated that they were transporting the two cars in Bulgaria, at the request of a friend and they were not aware that they were in the attention of the authorities.In all cases, the drivers were investigated for the crime of concealment, and at the end of the investigations the required legal measures were taken. 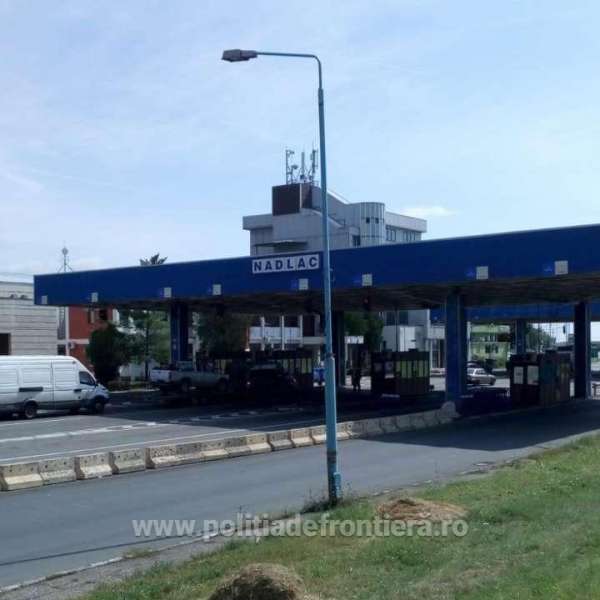 Recommendations for crossing the Hungarian borders Information on formalities through border crossing points during the alert period Activity assessment of the Romanian Border Police carried out in 2019